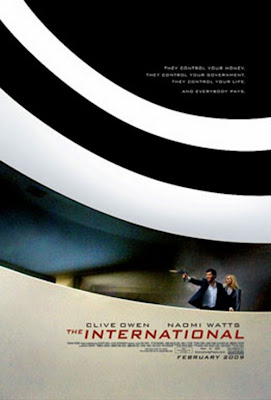 I loved Clive Owen since I saw him play King Arthur in Arthur. However since then, he has been in some real stinkers (IMHO); Children of Men, Inside Man, and the gosh awful Shoot Em Up. However, he may have finally redeemed himself in The International. He plays a determined Interpol Agent trying to bring an International bank to justice that has killed anyone who gets in its way.

Owen’s character, Louis Salinger, is slightly over the top at times, but never got too annoying. He gets help from Naomi Watts (Eleanor Whitman). She helps balance his character out and their chemistry works fairly well.

The film’s plot doesn’t get overly convoluted but has enough twists and turns to keep it interesting. It’s kind of like a giant episode of Law and Order. There is also plenty of excitement as well. A fabulous shootout at the Guggenheim in New York! They must have recreated the museum on the set because they shoot that place literally to pieces.

This was a much better day at the movies than when I saw Taken and I recommend this film over it. So if you win the battle with your wife or girl friend on whether to see a “chick flick” (He’s Just Not That Into You) or a guy movie, then check out The International. If you lost that battle, then you have my condolences.
Posted by -Bill at 4:07 PM No comments: 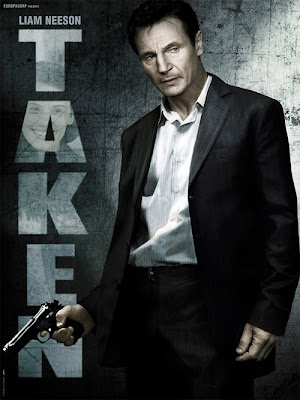 I can’t say anything really bad about this movie, but it didn’t blow me away either.
It stars Liam Neeson (Bryan Mills) who is an ex-CIA operative, a “preventer” as he calls himself. He is very paranoid and distrustful of the world, and for good reason, he has seen a lot of bad things in his career. He tries to shield his daughter from them, but she rejects his over-protectiveness as absurd. She wants to go oversees with a friend and needs his permission to leave the country. He reluctantly gives in and his worst nightmare comes true when she is abducted.

The plot was fine, the acting was fine, and the cinematography was fine. This of course all adds up to a “flat-line.” The film had no real pulse. The plots had no twists and turns, the actors, especially Neeson’s character were all two-dimensional. Neeson lacks the suave and pithiness of James Bond, and the style and excitement (for lack of a better term) than Jason Bourne. Maybe the writers didn’t want to emulate those characters but that is what makes them memorable.

So if you find yourself at the movies wondering what intriguing film to see, check out The International over Taken. The International has a heartbeat compared to Taken. I recommend catching Taken when it’s available on Netflix! (Netflix really should share the love and give me a kickback, don’t ya think?)
Posted by -Bill at 3:37 PM No comments: 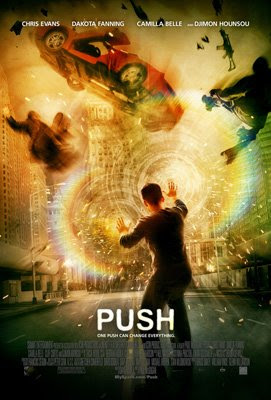 WARNING! Do not go see this Heroes lame rip-off!

This movie was really bad! I get it. Heroes is a great show, so lets rip that off and make a movie. Sounds like a cool idea. But the story, the acting, the effects, all stunk! Little psychic girl Dakota Fanning? I didn't buy her character for a second.

The film was boring, the effects and "super powers" were "stupid powers."

I need to give this film a one star rating, but I guess I will give it two cause it wanted to be really cool and it was consistantly lame from start to finish.

Don't even Netflix this one folks (Now that is harsh). Netflix JUMPER (It was much more fun!) instead and push PUSH to the curb!
Posted by -Bill at 11:25 PM No comments:

Underworld: Rise of the Lycans 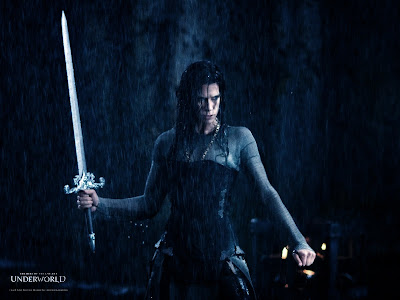 I wish I had had time to go back and watch the first two films again. Seeing Kate Beckinsale in leather again would certainly be worth it.

The new movie, Rise of the Lycans is a pre-quel sans Beckinsale. (Well that's not entirely true, but you'll have to see the movie to know what I mean.) Instead we get a Kate look-a-like, Rhona Mitra.

She plays Viktor's (Bill Nighy) Daughter Sonja. She falls in love with the head Lycan and it causes a war. It was standard Underworld fare, and I liked it as good as the other films.