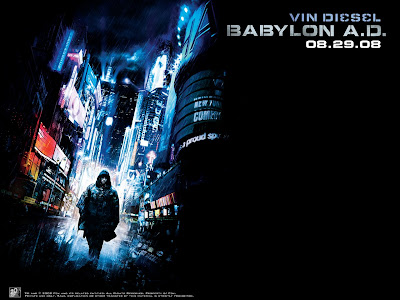 I really wanted this movie to be great. The trailer of course got me excited for it. And while it wasn't a bad movie overall it still had its flaws.

Veteran-turned-mercenary Thoorop (Vin Diesel) takes the high-risk job of escorting a woman (Melanie Thierry) and her mentor (Michelle Yeoh) from Russia to America in a near post apocalyptic war-torn future. Little does he know that she is host to an organism that a cult wants to harvest in order to produce a genetically modified Messiah.

I will say that the settings were well done, you really get the feeling that Russia is in tatters from territorial fighting and corruption (art imitating life?), and the future gadgets, cars, and buildings were a nice touch to create a near-future atmosphere.

The film moves along pretty well with a balanced mix of action and exposition, but begins to unravel when they finally reach their destination and the plot becomes a little confusing and convoluted. (Note to Robert Downey Jr.: Don't go see this movie..you won't get it.) 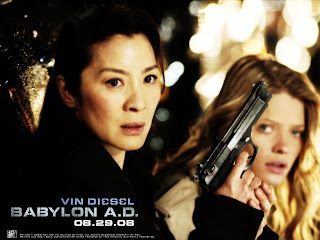 Not much character development other than Thoorop (what a freakin name?) transforms from a hard-core mercenary to a... (well I can't say what he becomes that would spoil the movie) Let's just say he goes soft. And as for the girl he is protecting, we learn her life's story, but it had little effect on me and I did not care what happened to her character. I cared more about Michelle Yeoh's character than any of them.

I'm struggling between two stars (didn't like it) and three stars (liked it). I think I will lean towards liked it, just because I like Vin Diesel, and the settings were nice. But I would recommend Netflix or renting Babylon AD rather than spending your gas money going to the movies.
Posted by -Bill at 9:54 AM 2 comments: 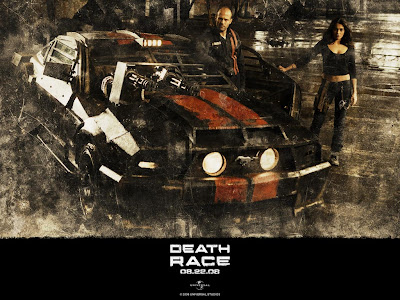 A remake of the awesome classic 1975 movie Deathrace 2000 starring David Carradine. This time Jason Statham is the star. It's a simple, violent over the top film that does what it is supposed to. Make us cheer for more!

In the year 2012, in response to the collapsing American economy, shady corporations have taken over the prison system and reap huge profits by staging gladiatorial pay-per-view contests among the prisoners. They can win five races and be set free.

Their star racer, Frankenstein is killed after winning four races and the psychotic warden, an ice-queen named Hennessey (Joan Allen), decides to secretly replace him with Jensen Ames (Statham), a former race car driver, so she can keep her ratings up. She promises him freedom, but has no plans to let him escape. 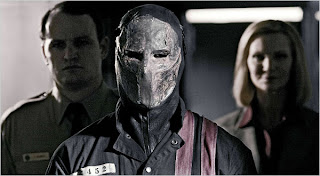 So naturally with help from his "team" he makes his own plans and B-Movie mayhem explodes onto the screen. I loved this thrill ride remake! It's rated R so leave the kiddies at home and buckle up for car flippin fun. Check out Deathrace!
Posted by -Bill at 4:21 PM No comments: 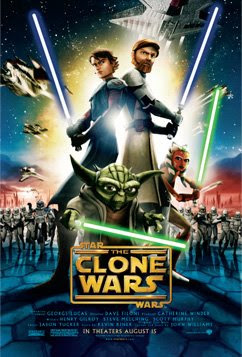 But you can't say the movie was boring. However I did not like the movie's premise. And by that I mean the mission Anakin and his new padawan are sent on. I won't spoil it but I thought the story was weak and a bit silly. Not Jar-Jar silly, but still...maybe I am getting to old for Star Wars. *gasp* 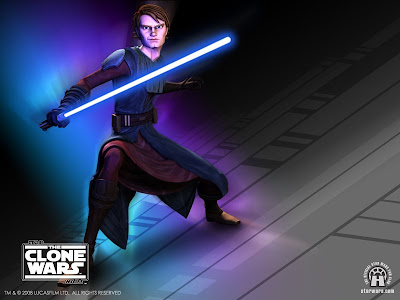 The animation was a bit "blocky" and a different style, but I didn't mind that. The soundtrack was the most surprising! I loved it. Even the familiar opening music seemed to have an edge to it and there were new beats and rhythms I have not heard in the previous films. I'll have to get the score. 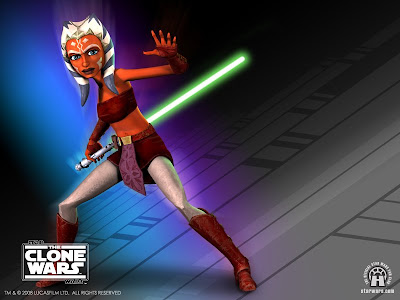 Overall if you are a Star Wars fan boy, you'll go see this, and if the kids are dying to see it, then by all means pick up the plactic red/green/blue/purple light saber off the playroom floor and check out THE CLONE WARS!

PS- From what I hear, this is a pre-lude to a new animated series coming to Cartoon Network.
Posted by -Bill at 11:17 AM No comments:

The Mummy: Tomb of the Dragon Emperor This is the third installment of the Mummy series. Hey if it's making money why stop? Brendon Fraser reprises his roll as Rick O'Connell, but Rachel Weisz is AWOL. Instead Maria Bello replaces her as Evelyn "EV" O'Connell. They mix things up a bit this time around with the O'Connell's having a boring life and a grown up son, Alex O'Connel (Luke Ford).

But they keep the same formula as the previous films. Ancient mummy comes to life, tries to kill them, Insert comic relief by John Carnahan (John Hannah) and add a crazy pilot (Liam Cunningham) named Mad Dog Maguire. Luke Ford plays O'Connell's son pretty well but he is no Brendon Fraser. I liked Maria Bello better than Weisz for the Role of O'Connell's wife.

The film starts out as Alex O'Connell follows in his father's footsteps in discovering ancient trap filled tombs. Meanwhile back at home Mom and Dad are living a boring, dull life. And I don't know if it was intentional, but the first half of the movie was rather dull and boring as well. A far cry from the relentless action packed trailers that have filled the TV screen nightly for the past four months! Could they over-promote a movie anymore than this one? There is even an Olympic/China tie-in trailer.

Things don't get interesting until of course they awaken the mummy and the action finally begins. But as I said before, nothing new here. Jet Li as the Emperor was a nice choice but he was not as charismatic as the previous mummy, Imhotep played by Arnold Vosloo. They tried to add a new twist with a love interest for Alex O'Connell but it felt forced and you really didn't care for the character's too much.

But Overall, if you are a fan of the previous two mummys (well same mummy TWICE), then you'll have to see this one. This film seems to herald the end of the summer block busters. It has been a fabulous year for movies!