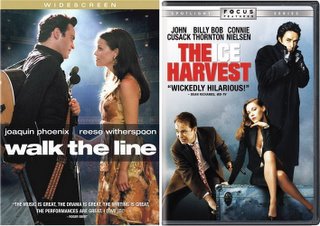 I did not see these two films at the theater. (Shame on me) I heard the story of John Cash was good, but I haven't heard much about the John Cusack Movie. (Notice how the J.C. and J.C. theme is going there) Maybe I can check them out on Pay Per View.
Posted by -Bill at 7:29 PM No comments: 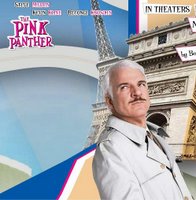 Ryan has been begging me to take him to see the Pink Panther. So I took him today. I am a huge fan of the original Peter Sellers films and I don't think anyone could replace him. Steve Martin comes close though.

He does a decent job but it doesn't come off as naturally as it did for Sellers. The new film has its moments and Ryan cracked up several times. (ok I did too).

Clive Owen makes a cameo as secret agent 006. I don't know what that was all about.

One thing missing from the new movie was Kato, Inspector Clouseau's martial arts-crazy manservant. They try to include a similar relationship in the new movie with Jean Reno as Martin's partner, but they fail at recreating the chemistry that the original Sellers and Kato had.

Overall it was a fun flick, check it out when it come out on DVD. 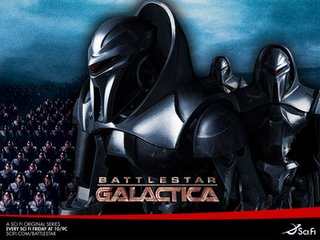 No movie today, I decided it would be more fun to lie on the couch and DIE from the flu.

Weakly my hand reached out to the floor for the silver remote where it was resting, waiting to be crushed underfoot by a six year old or an almost three year old who had knocked it off the end table in the first place.

Teasingly my finger tips brushed the rubberized buttons as I tried desperately to use my Jedi Powers to will the controller into my hand. I gave up and lay there moaning. With great effort I sat up and shuffled over to the remote.

I pulled up the menu to my DVR (Digital Video Recorder) and selected the next episode of Battlestar Galactica season 2.0 (They don't just call it season two, cause 2.0 turns geeks like me on). The episode, "Black Market", starts out showing a tense scene between Lee Adama a.k.a. Apollo and the current leader of the fleet's black market, who happens to be... black. Coincidence?

It's actor Bill Duke, who I haven't seen since he played Sergeant 'Mac' Eliot in Predator. He looks exactly the same. Talks the same too. Then the scene fades to black and the words "48 Hours Earlier" pop up. This is a neat dramatic effect shows and movies use to show you what took place leading up to this tense scene we just saw. It's a great effect, if you only do it ONCE per season. They had just done the same thing two episodes ago. Come on writers if you use a theatrical effect like that, don't over use it! And yes more than once a season is over use. It makes me roll my eyes and say, "boring," "been there done that," and makes the effect trite. IMHO (In my humble opinion).

Anyways, I forgive them, the episode rocked. Check it out.
Posted by -Bill at 2:26 PM No comments:

Now Why Didn't I Think of That?

For you single ladies out there....Well and you skinny male nerds too. Here's a handy night table to keep by the bed. Just swipe the alarm clock on to the floor and start wailing on your assailant or potential date raper (that goes for you skinny nerds too). 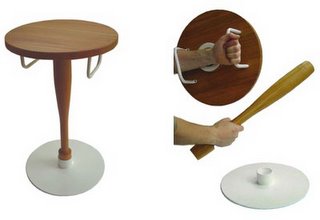 Kidz are Always in Season! 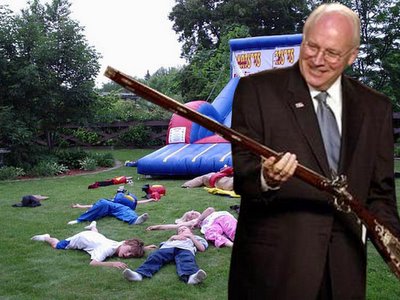 Don't draw any caricatures of my U.S. Presidents or I will burn down a 7-eleven! I mean it!
Posted by -Bill at 8:42 PM 3 comments:

I didn't make it to the movies this Friday. But my son did. He went with a friend to see Yours, Mine, Ours. So I decided to let him review it.

Dad: So did you like the movie?
Son: Yes.

Dad: Why not?
Son: Nobody gets blown up or killed. 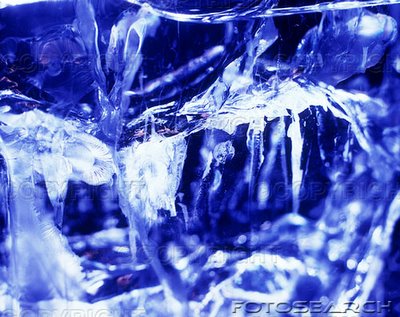 Have you saw it? I heard SAW was a great horror flick.
I'm not sure how the sequel stacks up. I used to be a big
horror flick fan ever since Halloween. But in my mid-life I have cooled on the scream-jerk-and wet your pants flicks. I think the last one I "saw" was House of Wax.
Posted by -Bill at 2:13 PM No comments: 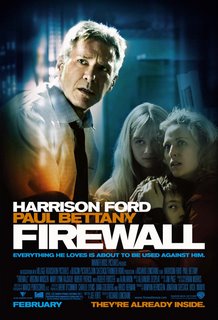 Was it a predictable plot? Yes. With a predictable "everyone lives happily ever after" ending? Yes. Was it Harrison Ford kicking butt even though he's old enough to be your grandfather? Yes. Did I like the film? Heck yeah!

I Love Harrison. Good ole Han Solo, good ole Indiana Jones. He has not lost his charm or his everyday man's hero appeal. The film sets just the right amount of suspense to keep you on the edge of your seat as you try to figure out how Computer security specialist Jack Stanfield (HARRISON FORD) is going to get out of the next jam and save his family that is being held hostage by a pompous British wanker.

Catch Tennessee girl Melinda Hyder on Survivor12. She lives in Sevierville, TN which is just up the road from Knoxville.

Hyder graduated with honors in music and math from Elizabethton High School. She then attended East Tennessee State University in Johnson City on a full vocal scholarship and graduated with a Bachelor of Arts degree in music. While in college, she performed with the music groups 10BucsWorth, Chorale and Women's Ensemble.

After college, Hyder entertained at Six Flags over Georgia for two years. She then toured Europe while performing on a cruise ship. She also spent six years performing at Dollywood (often times with Dolly Parton). In addition, she has worked as a real estate agent, private vocal coach, dance instructor, pageant coach and model.

Don't be DOOMED! I love action and high body counts as much as the next guy, but this one really stunk. I was a huge fan of the game DOOM, but the movie left much to be desired. I hate to say it, but since it's February, I have to recommend you pick up...*Gasp* a chick flick! Just Like Heaven is a great Valentine's gift for your girl. And it at least has one dead body. So check it out! 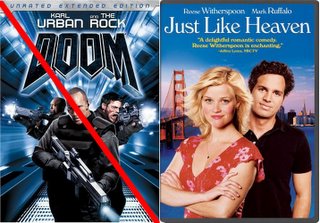 Your Own Fantasy Island

Can't afford your own Island?

I didn't forget DVD Tuesday, I was just too busy to post!

The Legend of Zorro does something that sequels rarely do. It lives up to its expectations!

This was a fun follow up to The Mask of Zorro. If your a Zorro, Zeta, or Antonio fan, add this one to your collection.
Posted by -Bill at 6:19 PM No comments:

"Oh, you hate your job? Why didn't you say so? There's a support group for that. It's called EVERYBODY, and they meet at the bar.”
Posted by -Bill at 7:48 AM No comments: